Ten years on from Kimi Raikkonen’s victory at Albert Park, Scuderia Ferrari has returned to winning ways in Melbourne, in the first race of the season. Sebastian Vettel crossed the finish line in first place after 57 laps, in a race whose key moment came on lap 23, when a perfectly executed pit stop for fresh tyres saw him rejoin the track ahead of Lewis Hamilton in the Mercedes.

This is Scuderia Ferrari’s 225th Formula 1 victory, Vettel’s 43rd and his fourth with the Maranello team.
Thanks to his fourth place finish, Kimi Raikkonen brought home a further 12 points, so that Scuderia Ferrari now has a total of 37 points in the Constructors’ Championship.

Sebastian Vettel said after the race: “It’s been a great day for us. The team has been working so hard at the track as much as back at the factory. It’s a great feeling. ‘Grazie mille’, you can’t say much more. The last months have been really intense, it’s been tough to get into the rhythm. It’s just the beginning and there’s still a lot of work going on. This is one of many steps and we have to enjoy what we do. It’s great to see people smiling. Now we have to reset to go to China and try to do a good job.”

Scuderia Ferrari F1 team principal Maurizio Arrivabene commented: “A good result today that could have been a great one if we’d managed to get Kimi on the podium too. When we launched the SF70H, we referred to it as ‘Our Ferrari’, and indeed today’s win reflects all the effort and hard work put in over the past few months, both in Maranello and at the track. This is only the first race of the championship, there are still 19 to go and we must maintain a high level of concentration at every Grand Prix, avoiding distractions.”

Lewis Hamilton came home in P2 at the Melbourne Grand Prix Circuit to claim his 105th Formula 1 podium finish, and Valtteri Bottas completed a double podium for the Silver Arrows in P3 on his debut for the team, taking his career tally of top three finishes into double figures. 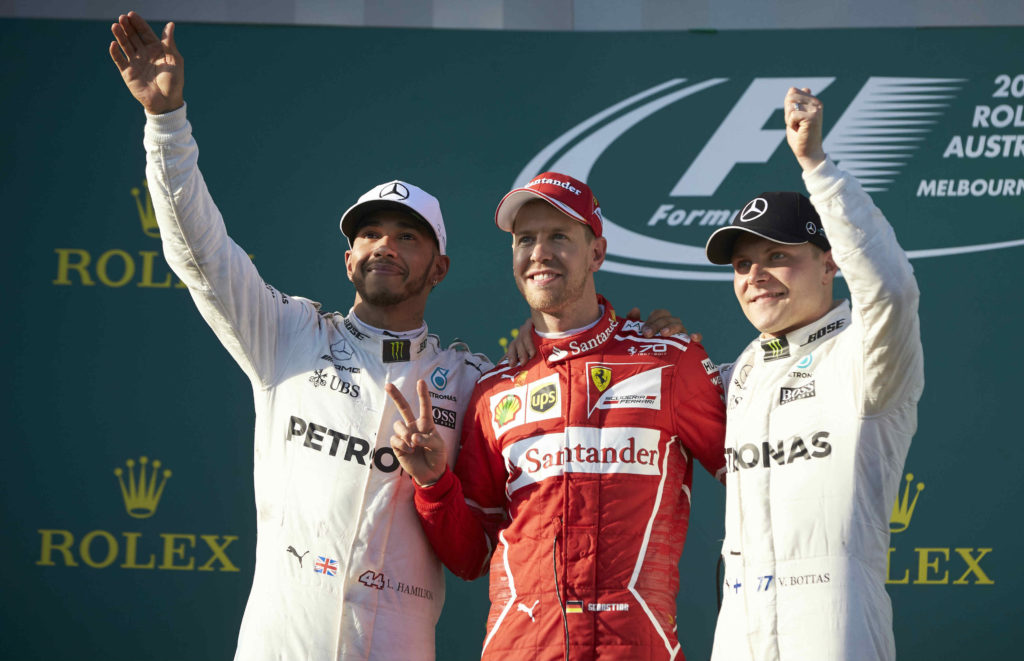 Check out the W08 EQ Power+ F1 racecar that took Lewis Hamilton and Valtteri Bottas to the podium at the 2017 Australian Grand Prix. 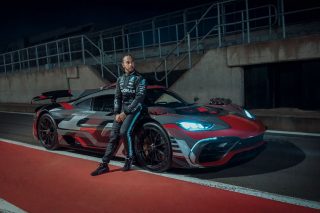