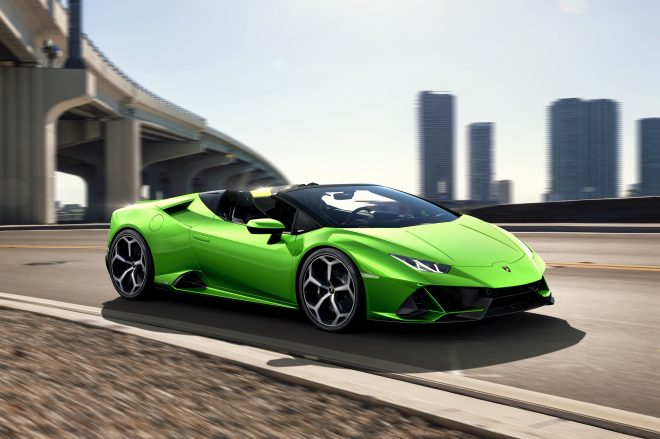 The world has innumerable drop-top speedmobiles, and Lamborghini has just added to that number with the unveiling of the new Huracan Evo Spyder.

Headline figures: a naturally-aspirated 5.2-litre, V10 engine from the Huracan Evo Coupe spitting out 640hp, 600Nm of torque and a 0-100km/h time in an eye-watering 3.1 seconds, slower than the Coupe’s 2.9 seconds.

“The Huracan Evo Spyder incorporates all the performance, next-generation vehicle control and aerodynamic features of the Evo coupe, with its own unique personality and a driving excitement that only an open-top car can offer,” said Stefano Domenicali, Lamborghini’s chairman and chief executive. 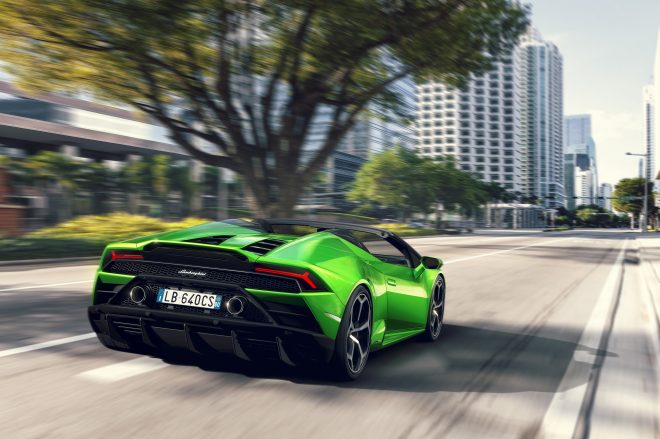 Both supercars top 325km/h, though the Coupe just about edges the Spyder by a tiny bit. By that time, however, it’s how fast you dare go, not how fast your car can go.

The electronic brains of the whole setup is Lamborghini Dinamica Veicolo Integrata (LDVI), also fitted to the Coupe and consisting of a microprocessor that integrates and controls every aspect of the car’s set-up and dynamic behaviour. 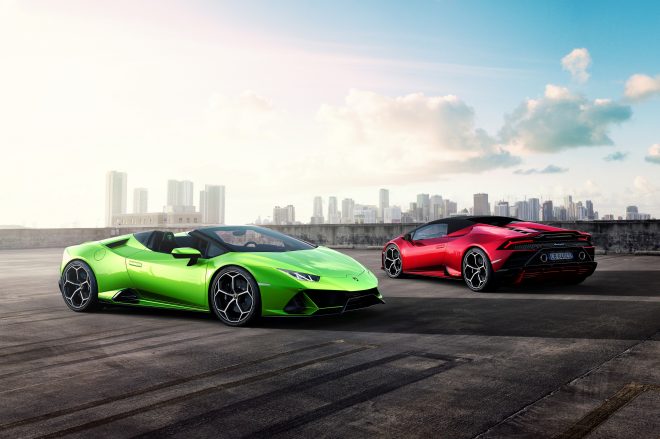 It anticipates the next move and needs of the driver and interprets this through ‘feed forward logic’, Lamborghini says.

The system monitors and analyses external conditions through its active suspension and all-wheel drive, and can predict the driver’s intentions through the steering wheel, braking, acceleration, the gear and driving mode selected.

“The car doesn’t just react, but predicts the best driving set-up for the next moment,” Lamborghini says.

The second version of the Lamborghini Piattaforma Inerziale (LPI), found on the Coupe, finds its way into the Huracan Evo Spyder too. It’s a comprehensive set of accelerators and gyroscope sensors located in the car’s centre of gravity, and monitors real-time lateral, longitudinal and vertical accelerations, as well as roll, pitch and yaw rate.

The magnetorheological suspension, also upgraded to version 2, takes inputs from the LPI and can instantaneously adapt its damping. 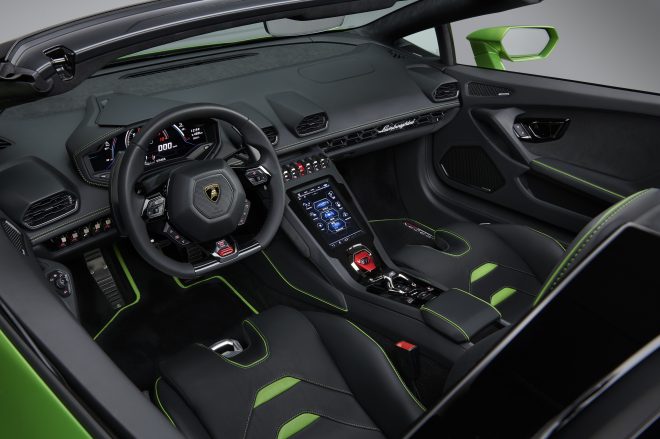 Unique to the Huracan Evo Spyder are automatic pop-up safety bars, which spring up in the event of a rollover. Let’s hope that never happens.

The cloth top, Lamborghini says, takes just 17 seconds to retract or deploy, at speeds of up to 50km/h.

To reduce turbulence when the roof is down, the Huracan Evo Spyder has an integrated duct between the two body-coloured fins which rise up out of the folding roof housing.

Keeping the Huracan Evo Spyder stickered to the tarmac is a set of Pirelli P Zeros, wrapped around new 20-inch Aesir rims.

Jay Chou gets a Lamborghini Urus for Christmas