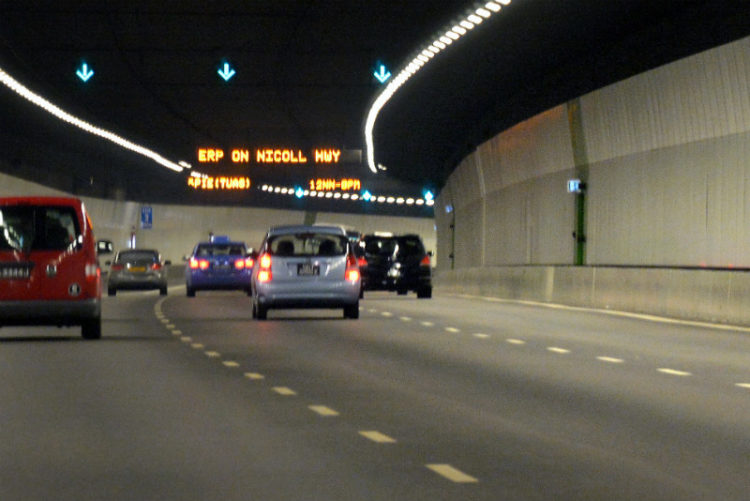 The authorities are considering imposing Electronic Road Pricing (ERP) charges on the Kallang-Paya Lebar Expressway (KPE) for the first time, in a move to ease congestion there.

The tolls could be implemented from as early as the second quarter of 2017.

The Land Transport Authority (LTA) said  that traffic speeds along the KPE have “persistently fallen below the optimal speed range of 45km/h to 65km/h” during the weekday morning peak hours.

“This has led to significant and persistent traffic congestion,” it said in a press release.

It is currently evaluating whether to activate an existing ERP gantry situated just before the KPE tunnel entrance, after the Tampines Road entry slip road.

The LTA said it will review the traffic speeds in the next two quarters, before making a decision.

The authority added that it has been improving public transport options to cater to the growing population in the north-east of Singapore.

Residents in Punggol, for example, are currently served by City Direct Service 666, which started in February 2016, it said. This service brings them directly to and from the Central Business District during morning and evening peak periods.

From the fourth quarter of 2016, two new City Direct services will also commence, to serve those living in Buangkok, Sengkang and Hougang, the LTA added.

In addition, 15 new trains have been recently added to the North East Line, to help reduce crowding and shorten wait times, especially during peak periods.