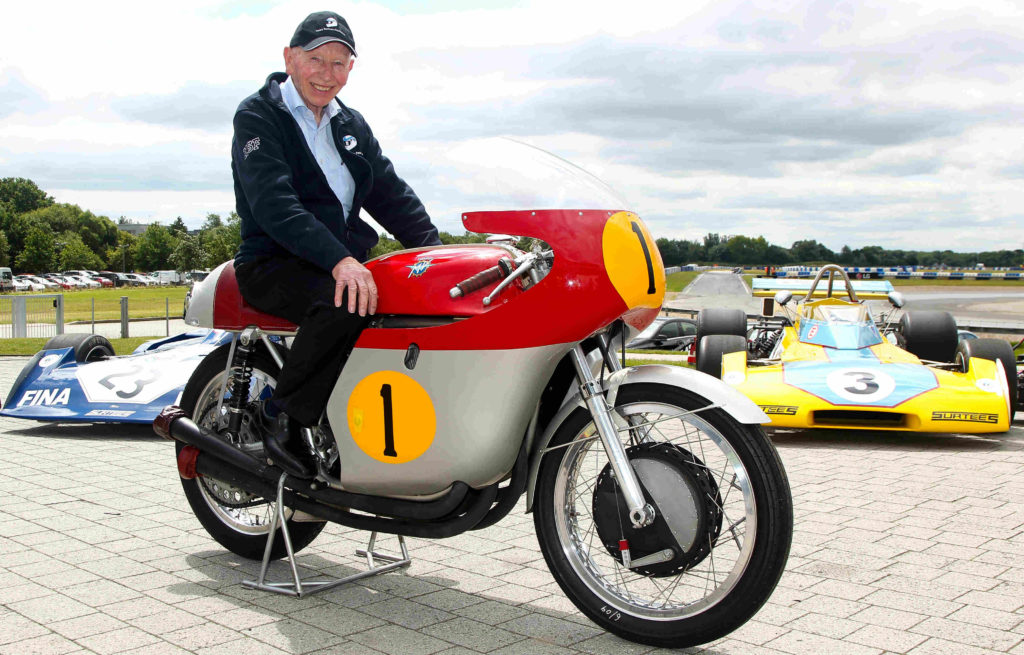 Late last year, John Surtees, CBE started the unique challenge of designing a watch that would help a wonderful charity get the support it needed.

After his unfortunate passing in March 2017, the bespoke timepiece project was picked up by his family and is now ready to be offered to the public in order to raise money for the Henry Surtees Foundation.

Omologato prides itself on offering people the opportunity to wear a piece of racing history through its motorsport-inspired timepieces. No other watch can lay claim to being hand-crafted and designed by a world champion on two and four wheels. The Surtees is an emotional watch, one the family were committed to completing and one that pays tribute to a racing legend.

Named after the motorcycle and Formula One champion, The Surtees Omologato chronograph incorporates the symbolic attributes that represent the story behind John Surtees, CBE. The blue colour used within the dial is frequently adorned by Surtees and one that comes with a unique motorsport tale.

Enzo Ferrari dropped the traditional Ferrari red in 1964, after a dispute at home in native Italy, in favour of a blue and white colour scheme. Surtees, leading the Prancing Horse charge, used the different livery for the final two Grands Prix of that season. At the final race, the Brit sealed the World Championship crown, becoming the first Ferrari driver to claim an F1 title in blue whilst also being the first – and to date only – champion on two and four wheels.

This quality bespoke chronograph is adorned with a signature from the motor racing hero, giving owners the opportunity to feel a part of a story that has become legend. Profits from the watch will help raise funds for the Henry Surtees Foundation. The charity was founded following the tragic death of John Surtees’ son Henry, who was killed aged just 18 years old whilst competing in a Formula 2 race at Brands Hatch in 2009.

The Foundation supports pioneering new schemes and revolutionary projects such as multiple air ambulance services around the UK that carry defrosted Fresh Frozen Plasma (FFP) on board its aircraft, enabling patients with life-threatening bleeding on-board or at the roadside to receive instant blood transfusions.

Omologato is a British watch brand established in 2015 with the aim being to create fine motorsport-inspired timepieces designed to celebrate iconic locations, cars and figures. Each watch is hand-assembled using a world-class chronograph movement, housed in British-designed cases, with bespoke faces and straps. Omologato timepieces are said to offer the broadest and most accessible range of watches designed specifically for the automobilist in the world today, with the range consisting of more than 30 designs, with several limited editions.

Check out the titanium timepiece inspired by Bugatti.