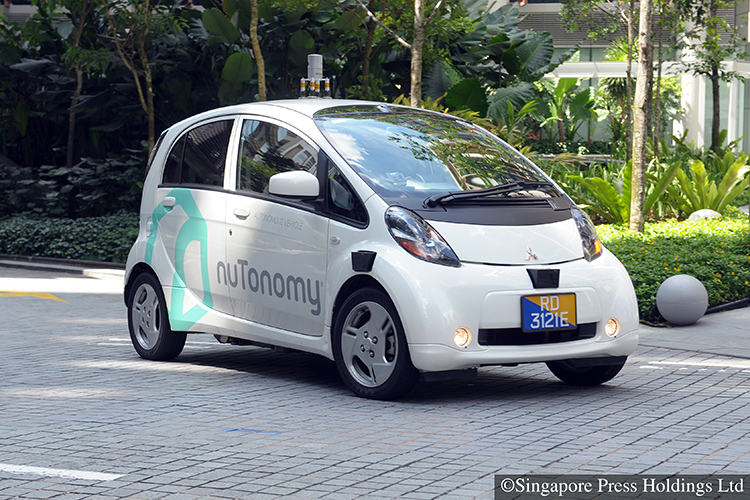 A set of standards to make self-driving or fully autonomous vehicles safe to use here has been created, spelling out expectations such as how fast such vehicles should travel and the space between them on the road.

Enterprise Singapore said yesterday that Technical Reference 68 (TR 68), a set of guidelines covering areas such as self-driving vehicle behaviour and safety as well as cyber security, is intended for fully autonomous vehicles that do not require human monitoring or intervention.

Currently, the ones being tested here, in places such as the one-north business district, all need a safety driver, who takes control of the vehicle if necessary.

The Road Traffic Act was amended in 2017 to better regulate the trials of self-driving vehicles, which are part of the Government’s drive towards a car-lite future as they can provide travel on demand, reducing the need for private car ownership.

In 2014, the Committee on Autonomous Road Transport for Singapore (Carts) was formed to chart the direction of self-driving technology here.

The publication of TR 68 comes after a year of discussions between representatives from the autonomous vehicle industry, government agencies, as well as research institutions and institutes of higher learning.

“As a provisional standard, TR 68 will continue to undergo refinement as autonomous vehicle technology matures, with feedback from the industry,” said Enterprise Singapore.

“The feedback gathered will be used to review TR 68 as it is eventually expanded to cover other aspects of autonomous vehicle development and deployment.”

Associate Professor Marcelo Ang, director of the National University of Singapore’s Advanced Robotics Centre, said: “While they are not rules yet, these guidelines can be a basis for regulators in formulating regulations for such vehicles.”

The standards will also be a point of reference for firms that make autonomous vehicles, he said.

This will help ensure a smooth transition as autonomous vehicles move from the development stage to real-world use, he added.

Prof Ang said it is difficult to say how long it will take for fully autonomous vehicles to be commonplace on roads here.

But he noted that organisations here were working hard to make such vehicles a reality by 2022, when driverless shuttles will be tested in three areas – Punggol, Tengah and the Jurong Innovation District – for residents on their daily commute.

Permanent Secretary for Transport Loh Ngai Seng, who chairs Carts, said he hoped that TR 68 will “guide industry players in the safe and effective deployment of autonomous vehicles in Singapore”.