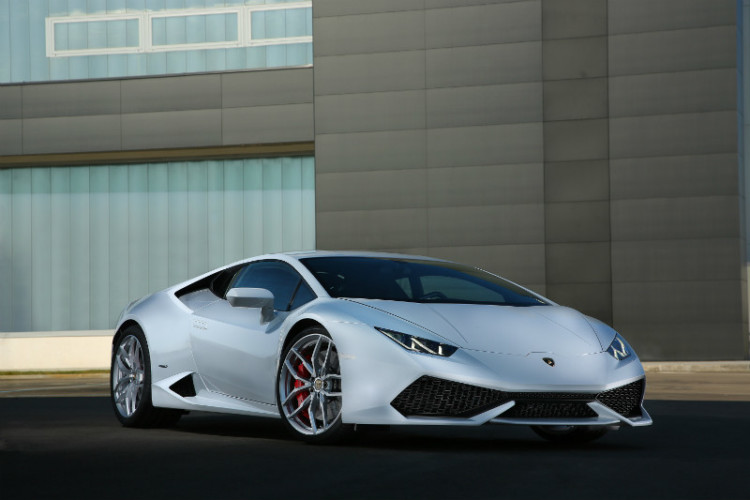 How is this for car-sharing – an array of supercars which you can drive without having to deplete your reserves?

That is what Lamborghini agent EuroSports Global is offering, with its newly acquired Ultimate Drive sports car-for-hire business.

But instead of ad hoc rentals of, say, $300 for a 15-minute spin in your favourite racer, EuroSports has a fresh proposition: For an annual membership fee starting from $12,000, you can have access to at least 15 high-end cars, each for up to 12 hours and 100km at a time.

What will 20,000 points get you? Quite a lot of adrenaline-fuelled wheel time, actually. For instance, 33 12-hour slots with a Porsche 911, or seven slots with a Lamborghini Huracan plus one slot with a Rolls-Royce Ghost. Or you can spread your points across the entire range of cars, including a Lamborghini Gallardo Spyder, McLaren MP4-12C and Ferrari California.

And you are allowed to carry over up to 30 percent of unused points to the following year – provided you renew your membership.

EuroSports Global director Alvin Goh says the venture allows the company “to go beyond the auto distribution business”. “We think we can bring down the cost of enjoying sports cars,” he says. “It is actually the smart way of owning cars.”

Indeed, $12,000, the equivalent to the annual depreciation of a five-year-old Toyota Corolla Altis, lets you drive a selection of the finest machines available today.

And if you were to buy a new Lambo Huracan, for instance, you are looking at an eye-watering depreciation of more than $75,000 a year.

Mr Goh says the new business was launched on Tuesday with six cars and four members. But there will be “at least 15 cars” when the number of members reaches 500, he adds.

He does not expect availability of cars to be an issue. “Of course, if it’s Valentine’s Day or Christmas, demand will be high,” he says. “But we don’t think it will be an issue. After all, if you book a Huracan, you can book it for eight times a year only.”

Even so, “we encourage members to make advance bookings”, he notes, adding that bookings can be made up to three months ahead of time.

Besides the membership fee, there are no other charges. Members pay for their own fuel and other incidental charges such as ERP and parking. All the cars are insured, but there is an excess of $15,000. This means that if a car is damaged, the member is liable for the first $15,000 in repair charges. For this reason, members must place a $15,000 insurance deposit, which is refundable.

Members must be 25 years or older and have at least three years of driving experience. They also must pass vetting by an insurance company and pass a 30-minute orientation drive.

The cars cannot be driven to Malaysia for now, but Mr Goh says the company is in talks with similar operators overseas to offer members reciprocal services.