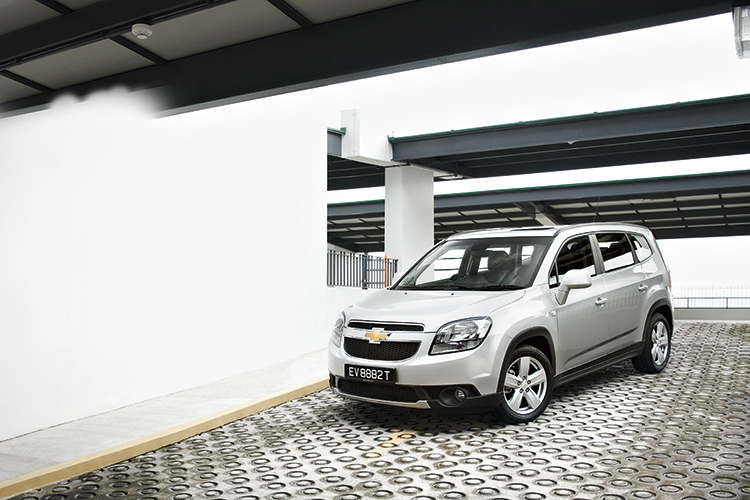 Not too long ago, family cars fit into neat categories such as “saloon”, “hatchback” and “estate”. The current trend, however, is towards vehicles that amalgamate several body types, with a recent example of this “freestyle model mix” being the Chevrolet Orlando.

This is supposedly a multi-purpose vehicle (or minivan, in American auto parlance), but it looks like a cross between an MPV and a SUV with its slabs of upright bodywork, well-defined wheel arches and two-box shape rather than the usual one-box of a typical MPV. 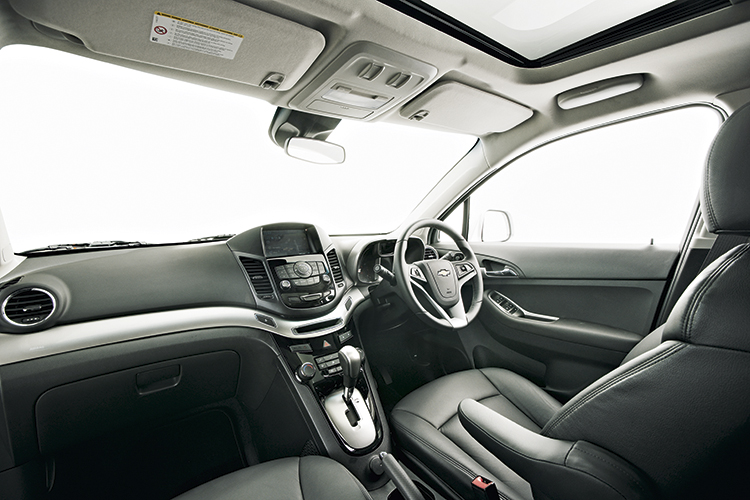 Even a Big Mac-lovin’ household could fit into the Chevrolet Orlando, but upsized family members should avoid the third row.

The result is an in-your-face design, which the Yankees seem to like. A large grille with an equally huge Chevy bow tie badge and deep front lower lip give the snout a rather menacing look. There’s nothing mini about this minivan – it is styled to look bigger than it really is, and the stylists have succeeded. Dimensions-wise, the Orlando is slightly up on the Honda Stream and Toyota Wish (rivals to the Chevy), but it appears much larger.

At the rear windscreen, the lower edge matches the rising side window line. Another nice touch: rear lamp clusters that run parallel to said windscreen edge. Smack in the middle of the back bumper are the red fog lamp and the white reverse light – an unusual arrangement that is also pretty cool. 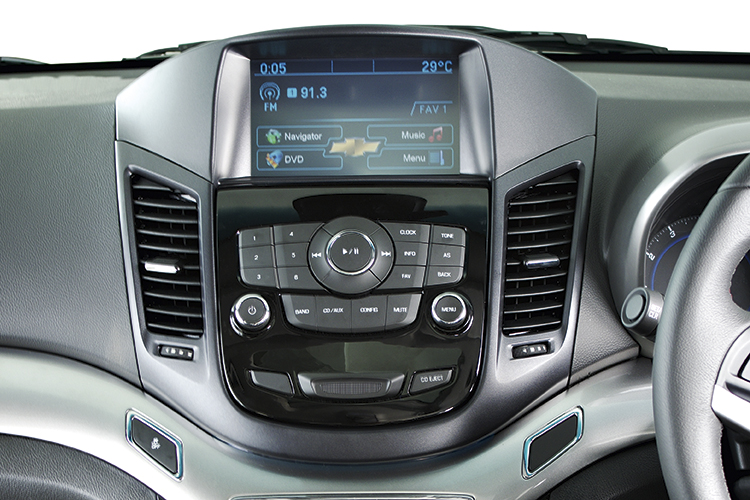 Chevrolet claims that the Orlando’s dash design is Corvette-inspired, but there is no doubting its user-friendly functionality.

The cabin is a step forward for Chevrolet – a serious attempt has been made to upgrade the materials and overall quality. Most of the plastic bits are now a little softer to the touch than in earlier Chevys, and the ambience is generally less austere. Coloured cladding does its best to brighten the driving environment, but brushed aluminium would have been a better choice. 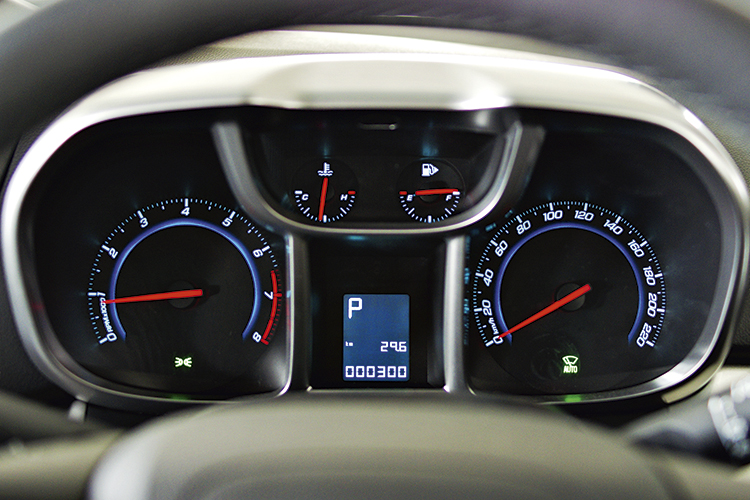 There are storage places galore, with the front door bins large enough for water bottles and a couple of books/mags/maps. Two cupholders are situated in the centre console, with a covered cubbyhole behind. People who need a safe place to keep their wallets and gadgets will be pleased with the ingenious “secret compartment” behind the fascia of the audio panel. 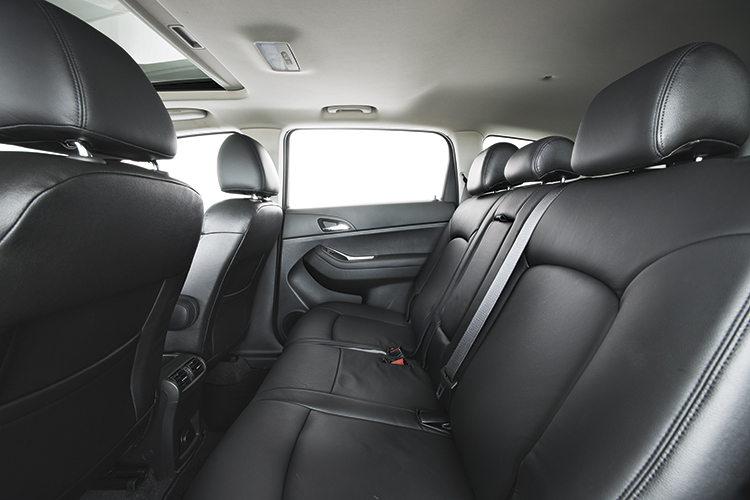 Standard equipment is impressive for a $120k car. Besides displaying helpful views from the reverse parking camera, the prominent touch-screen also manages the navigation and infotainment. The blue backlighting is pleasing to the eye, especially in the dark. Incidentally, shorter drivers will have to sit high or they may struggle to see over the cliff-like dashboard and its multimedia mantelpiece. 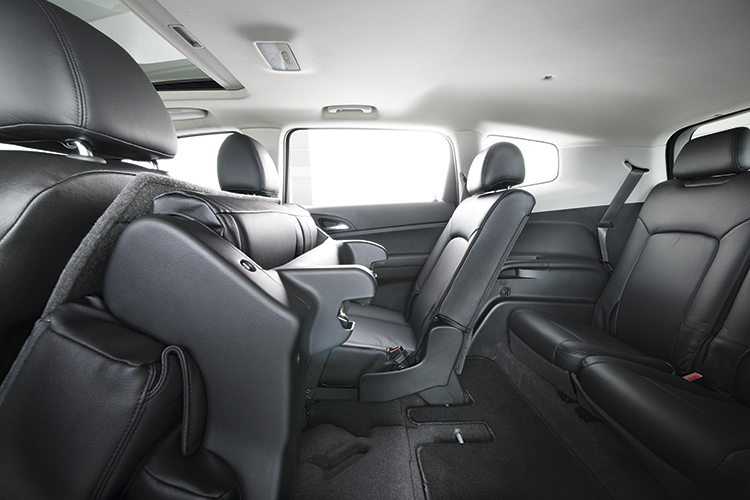 A minivan is all about space and practicality, and the Orlando scores in these respects. The first and second rows are roomy and receive good air-conditioning, but the third row is similarly comfortable only for children or toy dogs. With the third row folded away, there is a generous 458 litres of cargo capacity – enough for the overnight bags and holiday spoils of five travellers on a weekend driveaway to Malaysia. 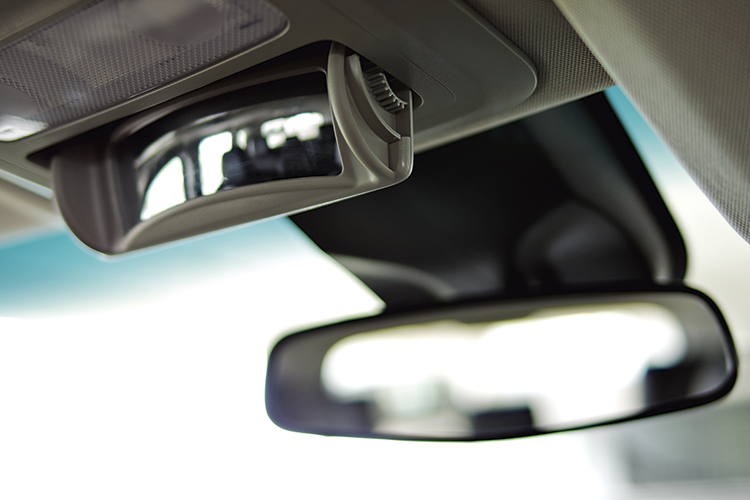 This so-called “conversation mirror” helps mom and dad keep and eye on the brood.

All seats are easily stashed, forming a flat surface when they are. Access to the third row is straightforward thanks to how the second row seats “tumble-shift” away. Theatre-style seating, whereby rows two and three are progressively elevated, improves outward visibility for the “theatregoers” and keeps claustrophobia away from the “cinema”. Doing the same job is the sunroof, standard on the LT-spec Orlando tested here. 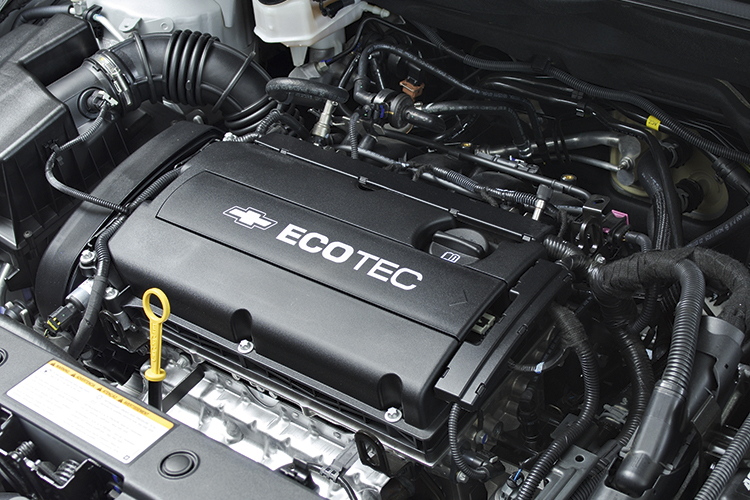 Merely adequate power-to-weight ratio means unhurried acceleration, but the Orlando can make up for lost time in the corners.

Power for the Orlando comes from yet another GM “general motor” – a Euro 5 compliant 1.8-litre 4-cylinder that develops 141bhp and 176Nm. These figures are conservative for a vehicle weighing over 1.6 tonnes (before a single passenger has boarded), resulting in strictly average pick-up. It takes nearly 12 seconds to reach 100km/h from rest, but the decent spread of torque makes the Chevy reasonably responsive once on the move. 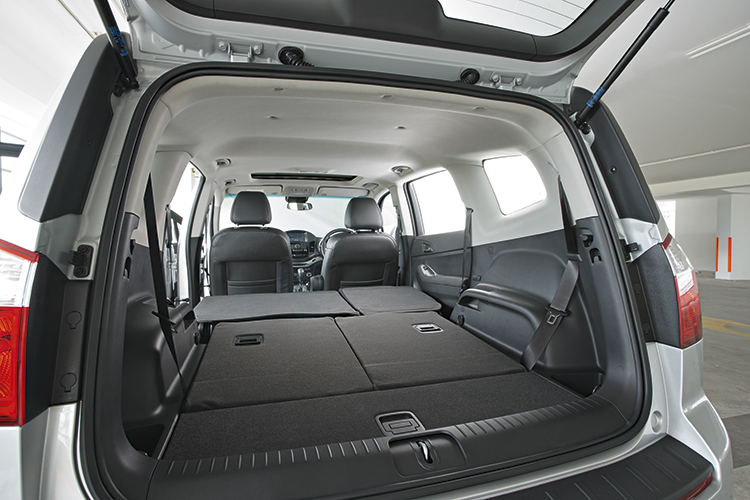 Mediocre boot space with all seven seats occupied; stow five of them to create a 856-litre “panel van”.

It would be best to drive it in a leisurely manner, i.e. keep below 4000rpm. This not only suits the car’s station in life, it also gives your ears a rest from the engine noise, which becomes intrusive at higher revs. Then again, people-movers like these are unlikely to be driven too hard, even on a school run that’s running late.

The Orlando uses underpinnings from the Cruze and therefore handles impressively for an MPV. The ride is slightly firm but neither too stiff or too soggy, while the handling is genuinely agile. When hustled along, this Chevy does not roll or pitch much, maintaining an even keel. The steering feels fairly quick and well weighted, and its feedback cannot be faulted with this being an everyday minivan. 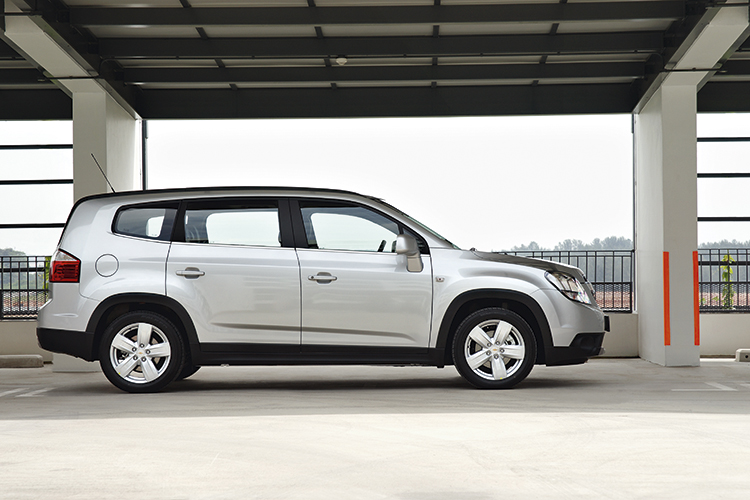 The Chevrolet Orlando is a quasi-American minivan for local folks who “Wish” for something different.

So, there is some substance behind the “sporty utility” suggested by the exterior of this new Chevy. Being a modern MPV, it is all sensible, practical and relaxed, but family men at the wheel who still have a bit of boy racer in them will be surprised at how the Orlando blooms on curvy roads. 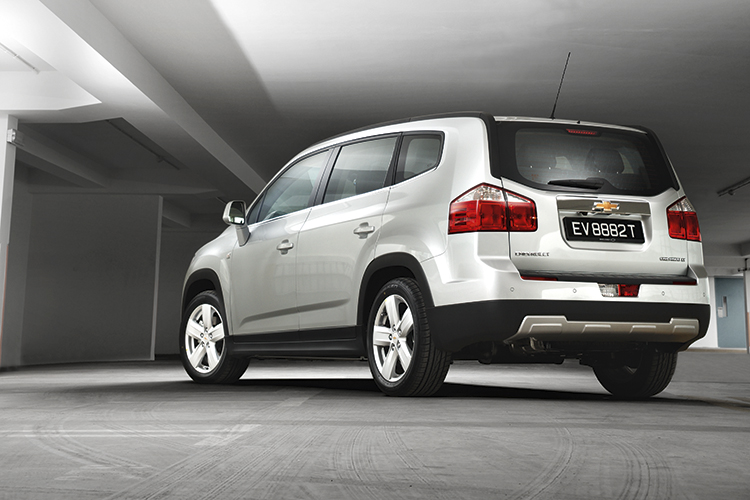 Check out the Chevrolet Orlando’s stiffest rival, the Volkswagen Touran

15 years of the Volkswagen Touran

Why the Volkswagen Touran is an ideal family car