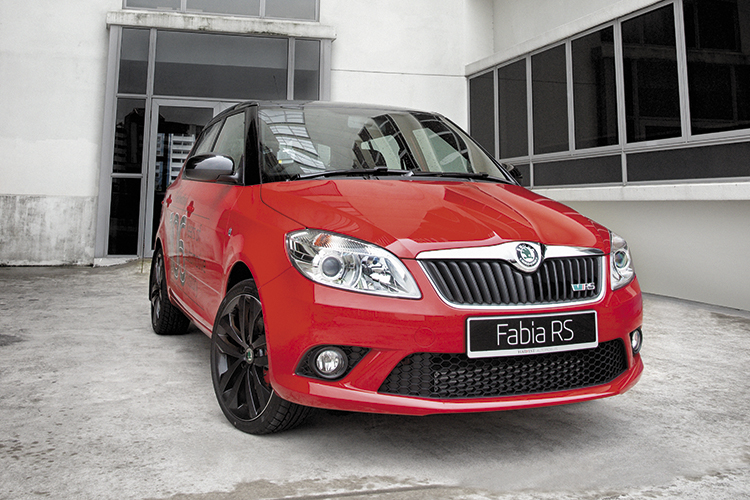 If Skoda is the humble man’s Volkswagen, then the Skoda Fabia is a Polo for the hoi polloi, the Skoda Octavia is a low-cost Golf and the Skoda Superb is a cut-price Volkswagen Passat.

In the fast-four arena, the Skoda Octavia vRS is a Volkswagen Golf GTI on the cheap (derived from the 200bhp Mark 5 model), with the hugely practical option of a Combi bodystyle. Now, there is another vRS, based on the compact Fabia hatchback.

Interestingly, the local Skoda agent appears to have ditched the “vRS” tag for “RS” instead in its advertisements and brochures. Maybe the two-letter designation offers a stronger connotation of performance (think Audi and RenaultSport). Whatever the reason, “vRS” will continue to be completely overshadowed by “GTI” in the hearts and minds of enthusiasts everywhere. 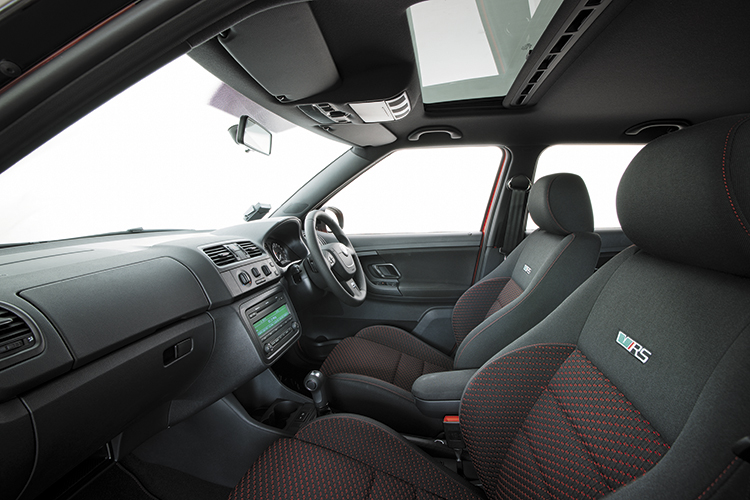 Seats inside the Skoda Fabia vRS are supportive and the driving position is positive, but the fabric feels basic.

Ironically, the Skoda Fabia vRS is a Polo GTI in cheaper Czech clothes. The Volkswagen is both the Skoda’s closest cousin and its greatest enemy, because less than $20k separates the two newcomers in Singapore. (They were also launched barely two weeks apart.)

If the Skoda Fabia vRS had shipped into town six months ago, it would have had an easier time in the hot hatch marketplace, with no power Volkswagen Polo to distract buyers. 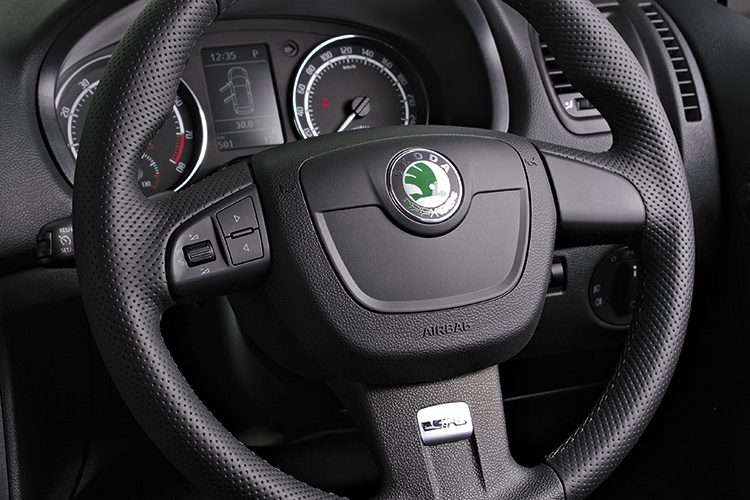 Equipment in the Skoda Fabia vRS is decent, but the plastics are from the Volkswagen Polo circa 1999.

Ignoring the new Volkswagen Polo GTI for now, what we have here is a nippy and quirky pocket rocket for drivers who need a Volkswagen but prefer something uncommon and even more affordable than the real thing. Plus, it has to look obviously less expensive.

The Skoda Fabia vRS follows this formula but only up to a point, because it needs to be a bit more special as the flagship of the Fabia range. As such, it comes with a contrasting black roof regardless of body colour, a paintwork palette that includes loud Sprint Yellow and proud Rallye Green, black 17-inch alloy wheels, red brake calipers and twin exhaust tailpipes. 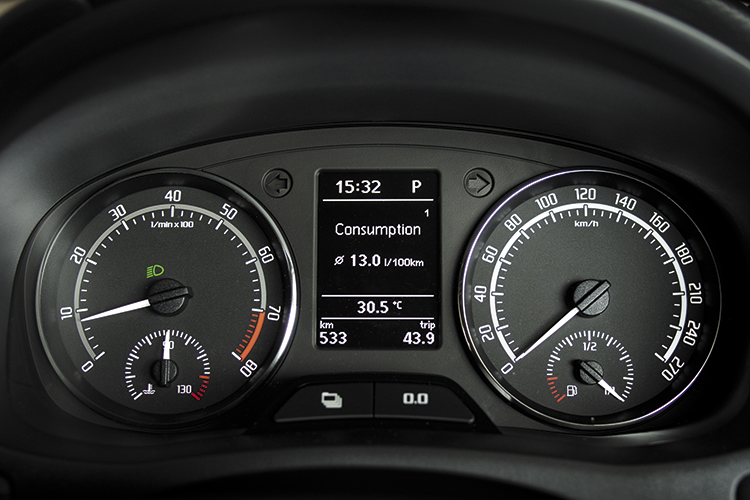 Completing the “little GTI” outlook are a honeycombed front bumper, a diffuser-style moulding below the rear bumper and a spoiler above the tailgate.

The look-faster parts work well as a whole, but the Skoda Fabia vRS still has an awkward shape and unattractive headlights (the halogen bulbs also seem a bit dim). This hatchback is less pretty than the Polo, less slick than the Swift (the Suzuki looks like the Skoda from some angles) and less edgy than the Seat Ibiza Cupra (another close mechanical cousin). All in all, the Skoda Fabia vRS comes across as a slightly odd hot hatch. 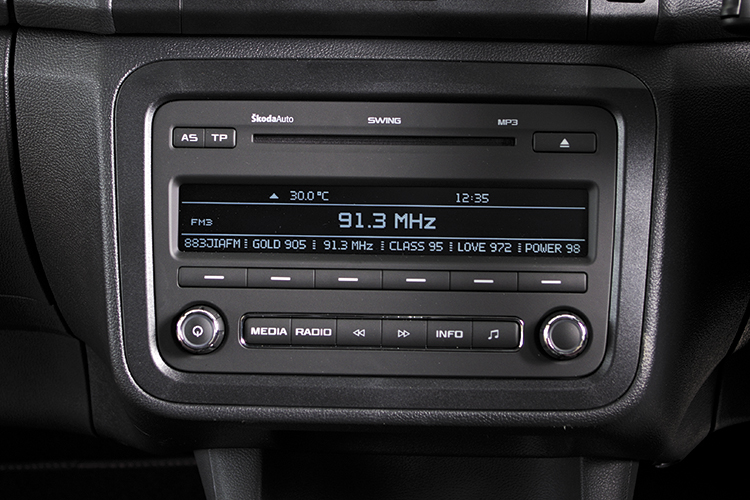 The cockpit offers a similarly ambivalent impression. Modern conveniences are jumbled up with old-school touches; the first-class driving position is interposed with a second-rate cabin ambience.

A casual glance of the interior would suggest an inexpensive Volkswagen, but closer examination will reveal the cheap stuff sourced from the bargain basement of the German automotive empire. 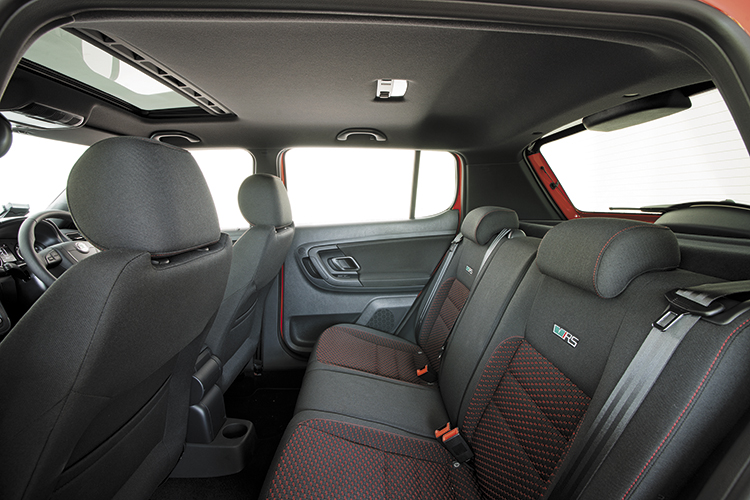 Few other superminis offer this much space for two, but the squabs in the Skoda Fabia vRS are a little short for long-legged passengers.

Take the front seats, for instance. Thick cushioning and shapely side bolstering support the two occupants well and the semi-red upholstery is purposeful, but the cloth’s texture is rougher than that of Volkswagen’s signature GTI tartan and the seat adjusters work less smoothly than those in a VW (or a budget Toyota, for that matter). Luckily, the Skoda dealership didn’t retrofit tacky leather seating in a misguided attempt to inject luxury.

The actual luxurious features in this humble hot hatch are limited to an electric sunroof and a leather-trimmed multi-function steering wheel. Still, the cover for the overhead window has a coarse action, and there is far more hard plastic on the steering than soft cowhide. 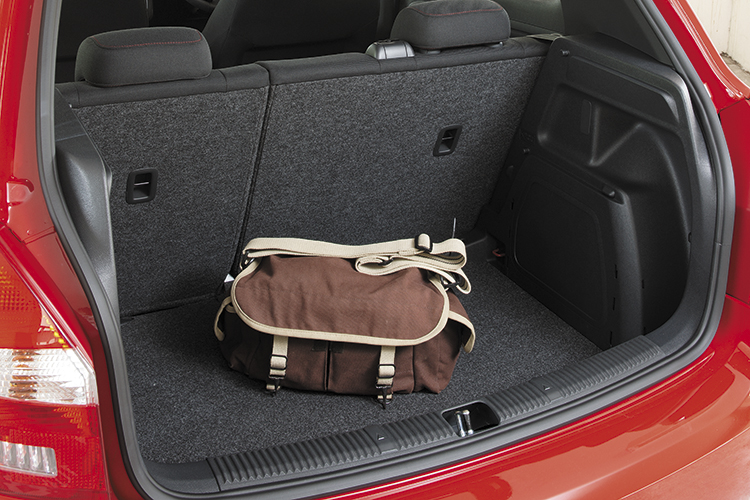 The Skoda Fabia vRS has a 315-litre boot that’s not afraid to haul cargo such as dirty school shoes (Bata is a Czech family business).

The Skoda Fabia vRS’ air-con and audio (with integral reverse parking assistance) are effective enough, but their printed, dot matrix-type fonts are a throwback to the 1980s. Dated, too, is the green back-lighting, which extends to the gearbox array.

A number of switches are poorly placed, such as those for the lock/unlock function (ahead of the gear lever), tyre pressure monitor (beside the handbrake) and traction control (above button for rear demister). Skoda Fabia vRS has a Twincharged 180bhp 1.4-litre engine, and it’s easily the best part of this hot hatch.

The little paddles for overriding the transmission are correctly positioned, though, as are the pedals in the footwell. “Under” your right foot is a state-of-the-art, direct injection 1.4-litre 4-cylinder with both supercharging and turbocharging.

This VW-engineered Twincharger system “changes over” seamlessly at 3500rpm, giving the “twin” benefits of supercharged low-end torque and turbocharged power higher up the tachometer, plus the fuel efficiency of a small-capacity engine “squeezed” well. The on-paper figures are 180bhp at 6200rpm, 250Nm between 2000 and 4500rpm, and just over 16km per litre on the combined cycle. 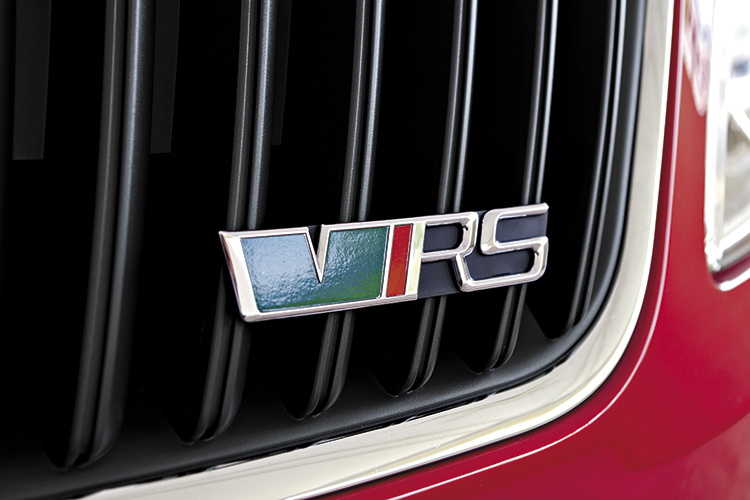 Such mileage is impossible to achieve if you drive quickly all the time, but 11-13km per litre is easy. Even easier is the healthy performance dispensed by the Skoda Fabia vRS – kick open the throttle and the thing just zips up the road, accompanied by a bassy soundtrack hijacked from some Warsaw Pact rocket. Most of the “propellent” is concentrated in the 2500-5500rpm range, where this Czech hot hatch feels the hottest.

The dual-clutch 7-speeder shifts rapidly up and down the gears, and you can make it even more urgent by slotting the shifter into S (for Sport, not Skoda), which keeps the ratios low and the revs high. Trips to the 7000rpm redline are sweeter than expected, but there is negligible difference in pick-up above 6000rpm, so going up there is purely for fun. The transmission doesn’t allow the driver to “hang around” in the red zone anyway, promptly adopting the next gear, even in paddle-play mode.

“Properly playful” best describes the handling. It steers accurately and with good “weightage”, the car cutting through corners as easily as it accelerates on the straights. Entering that bend, the body takes a split second to hunker down with the suspension and Dunlop rubber, after which the Fabia follows through without drama or distress. 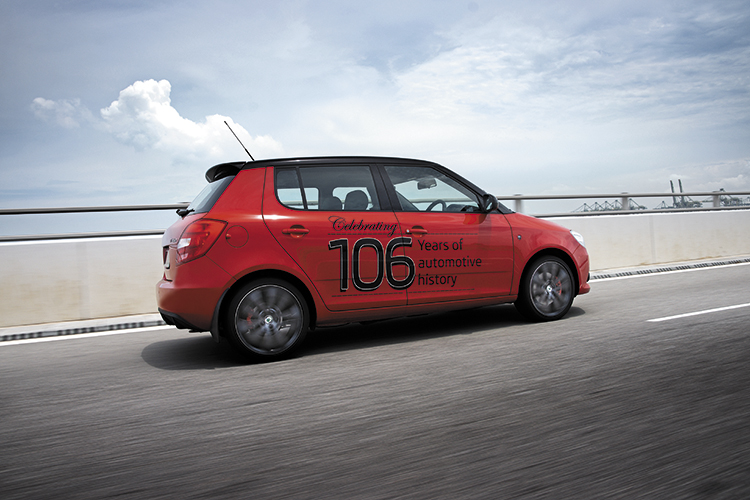 The Skoda Fabia vRS is essentially a cheaper and slower Volkswagen Polo GTI.

The Skoda Fabia vRS is one of those agile small cars you can pilot with abandon, all day. Electronic stability aids and strong brakes keep the wild drive safe, with six airbags at the ready to save your hide if the sheet hits the fan.

The ride is firmish, but fairly pliant over Singapore’s mostly well-paved tarmac and generally quiet, with just a hint of wind noise. The racy engine goes out of its race mode when cruising on the expressway, where it works in the background, with just 2200rpm on the dial at 100km/h. 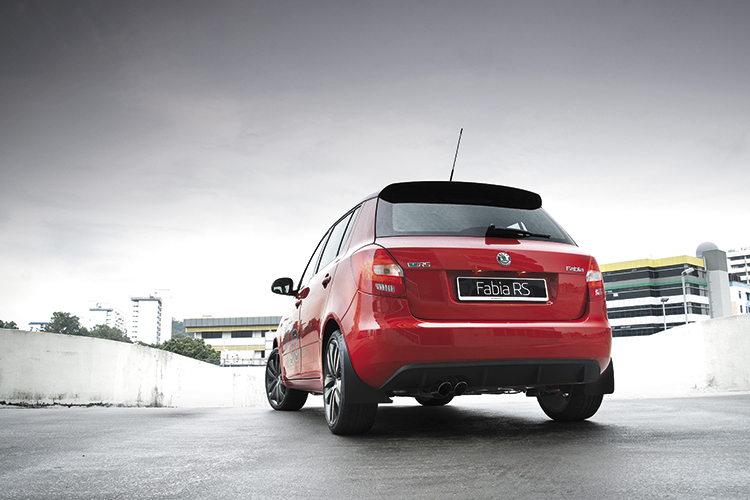 In the UK last year, Skoda’s marketing campaign for the Skoda Fabia vRS centred around an edgy television commercial (search for “fabia vrs meaner stuff” on YouTube) that depicted the car with a chassis made of animal bones, an engine powered by snakes, a roof made black by a superbike smokeout and windshield wipers fashioned from a crossbow.

The real thing is not that exotic, of course, but it just might pounce on an ordinary supermini, take a bite of it and then scramble away.