Child seats still not being used by many parents | Torque
Loading posts... 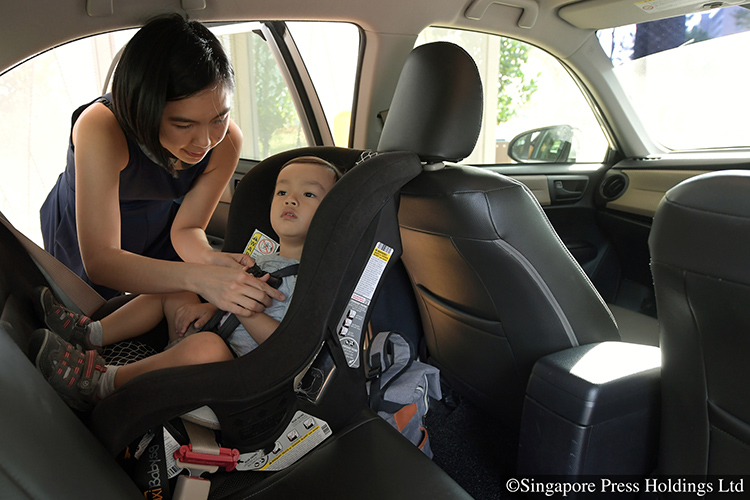 Ms Liu Wen Hsin, 30, putting her child, Spence Lowe, 2, into a car seat at the back of their car.

Whenever Ms Liu Wen Hsin heads out in a private-hire vehicle or a taxi with her two-year-old son Spencer, she always takes a child car seat with her.

Despite the additional load she lugs during these trips, which happen about three times a week, the housewife said it is a worthy trade-off.

Ms Liu, 30, said: “Many parents do so much for their kids, and none of these things is convenient, so why do we shortchange our kids on the safety aspect?”

But not all parents do the same, despite the law stating that motor vehicle passengers under 1.35m must be secured with an appropriate restraint such as a booster seat or adjustable seat belt.

Survey results published last week by four final-year students from the Nanyang Technological University (NTU) found that almost half of the parents polled do not actively put their children in restraints or child seats in cars, even though most agreed it was an important safety measure.

Out of 513 parents with children younger than 10 years old, about 78 percent said they own child restraints/child seats, but only 55 percent use them all the time.

Almost half of parents who have cars said their children felt uncomfortable in restraints, while non-car owners said it was inconvenient to carry the item around.

Undergraduate Gracia Ow, 23, one of the members of the NTU group, said: “We found the gap between ownership and usage of child restraints to be appalling and surprising, because it shows that parents are compromising their children’s safety over perceived barriers.”

The survey was conducted between October and December last year.

The issue previously came into the spotlight in 2017. A study published then by the KK Women’s and Children’s Hospital (KKH) found that the majority of infants and toddlers injured in motor accidents were not secured in child seats.

Dr Chong Shu-Ling, the study’s lead researcher and senior staff physician at KKH, told The Straits Times last Friday that parents are now more aware that the use of child restraints is mandatory by law.

“However, actual compliance can be improved,” she said.

“At the children’s emergency (department) of KKH, we still see many young children brought in for injuries who were unrestrained and/or sitting in the front seat of the vehicle.”

Private-hire drivers said it is common for parents with young children to attempt to board their cars without a booster seat. Such cases occur as often as three times a day.

Ride-hailing operators Grab and Gojek said drivers are advised to reject such requests.

5 safety tips for parents travelling with children in cars

Grab also has a GrabFamily option with special seats for young children.

Chairman of the Government Parliamentary Committee for Transport Sitoh Yih Pin said the laws on seat belts and restraints are in place to protect children in case of accidents.

“We have and will continue our efforts to raise awareness of safety during travel and also the importance of always using the appropriate restraints for children in motor vehicles,” he added.

KKH said that in another study last year, parents suggested that public education by a reliable source could be the most effective way to increase use of child seats and child restraints in cars.

WHY BABY SEATS ARE IMPORTANT

Other ideas include reinforcing positive child behaviour and financial incentives.

Meanwhile, the students from NTU’s Wee Kim Wee School of Communication and Information are promoting the use of appropriate child seats or restraints for children aged up to 10 through a campaign called The Safe Seat.

The campaign is supported by KKH and includes partners such as the Automobile Association of Singapore.

It features educational postings on social media platforms and events to engage parents.

One such event, The Safe Seat Day, was held at the [email protected] harbourfront at VivoCity yesterday.

Ms Ow, the group’s spokesman, said: “We want our campaign to fill the gap in awareness and behaviour, and ultimately, we hope to save children’s lives.” 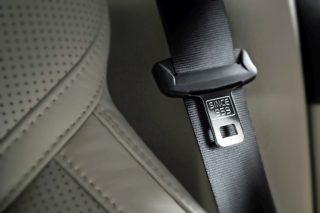