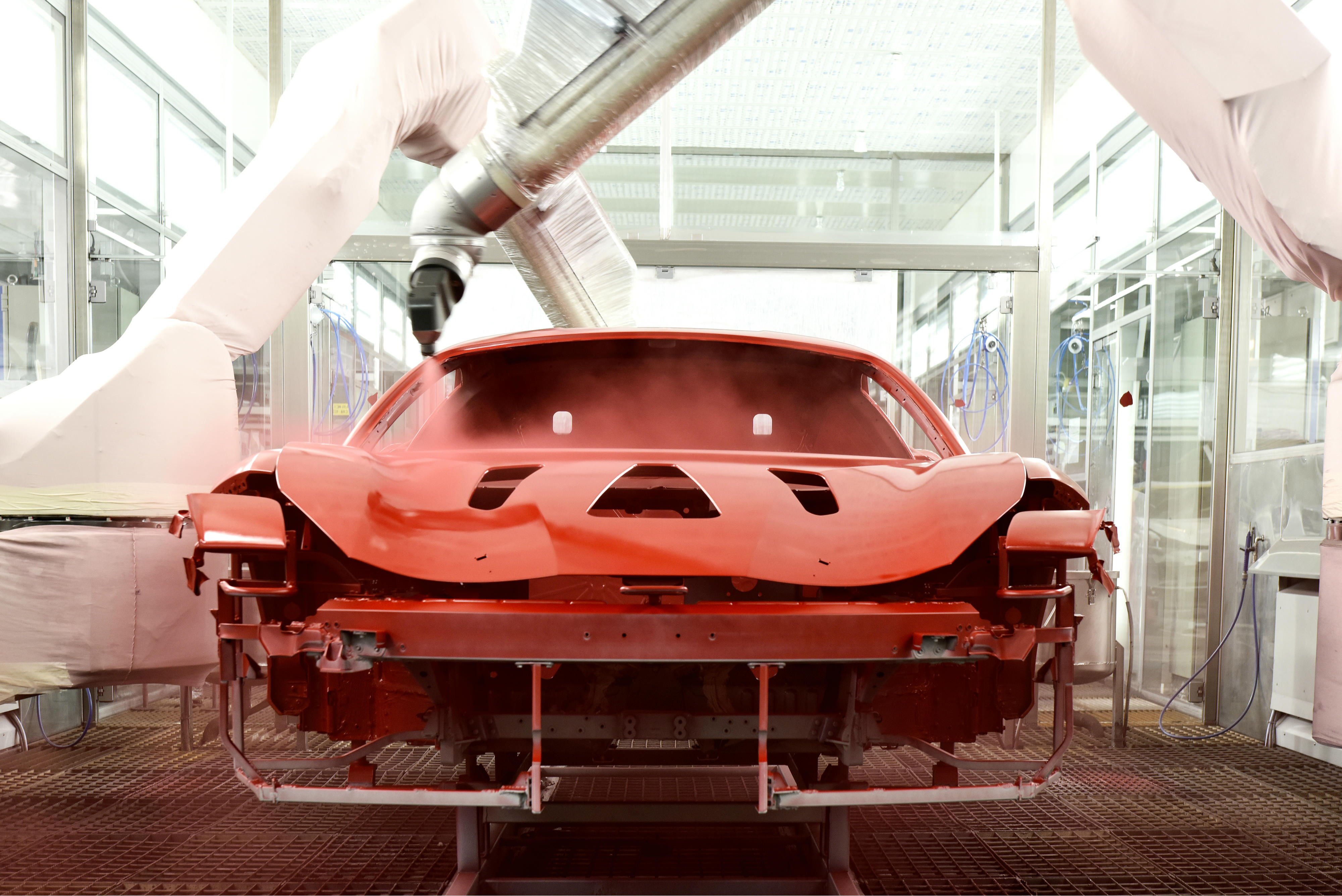 Thanks to the on-going collaboration with PPG, Ferrari has introduced an innovative low-temperature paint system, making the Prancing Horse marque the world’s first car manufacturer to adopt the new Low Cure clear-coats technology.

This move further underscores Ferrari’s ongoing commitment to the pursuit of both excellence and sustainability. In 2004, it became one of the first companies in the world to introduce a water-based paint system, which significantly lowered the environmental impact of its supercars.

The new two-component paint system incorporates a specially formulated clear-coat which makes it possible for the car to be baked at 100 degrees C instead of 150 degrees C, thereby cutting energy costs and enhancing the sustainability of the process.

How a modern car is painted

Additionally, the new solution makes it possible to bake carbon-fibre and composite components together with the bodyshell, resulting in colour uniformity between the various body components.

Thanks to the new paint technology, Ferrari has industrialised a process to produce no fewer than 61 different base-coat colours by combining metallic base-coats with a gloss or matte pigmented clear-coat.

The colourful quality of the Porsche 911