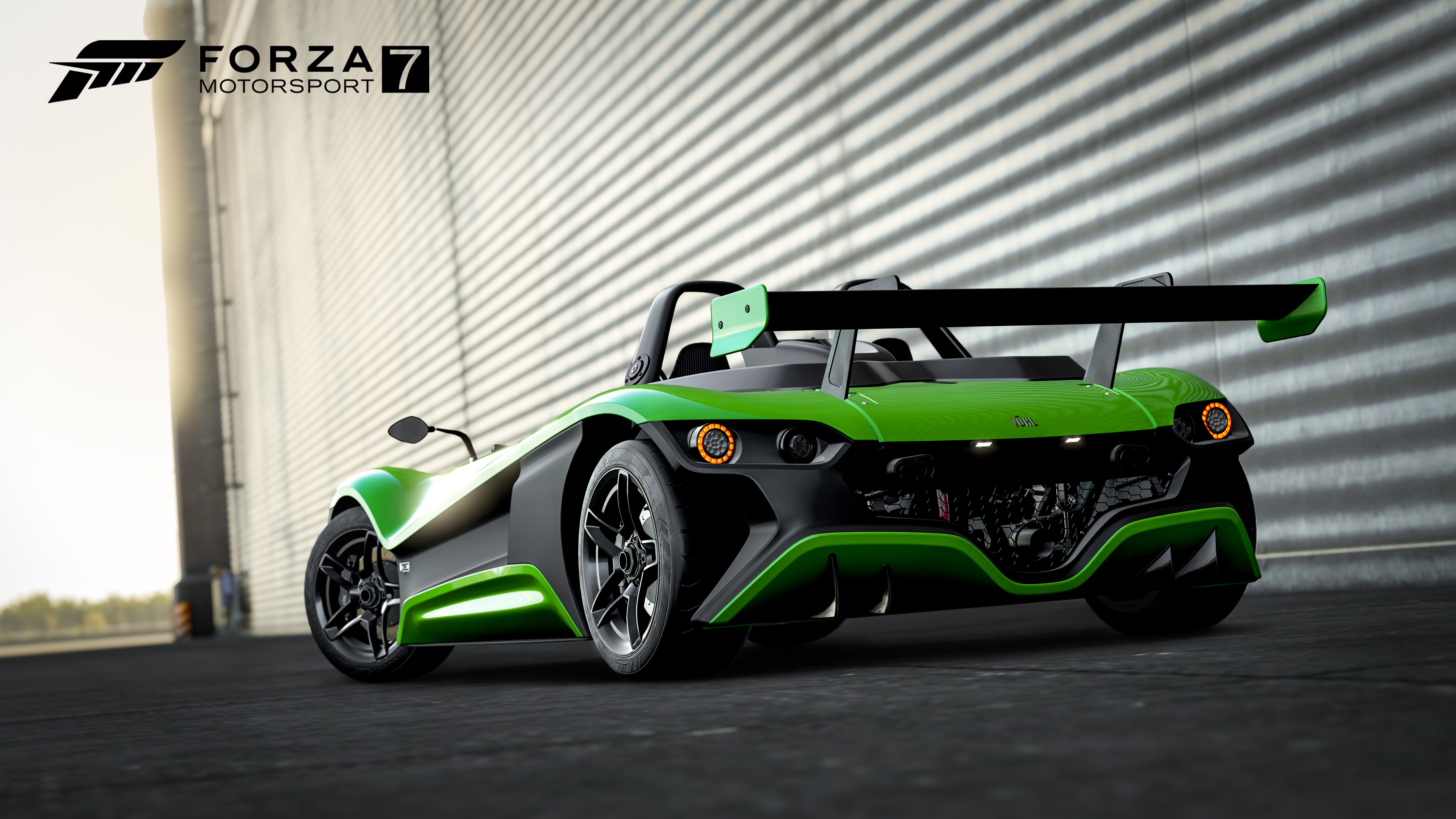 The ultra-lightweight Mexican supercar is exclusively available on Forza Motorsport 7 for the Xbox One console, allowing gamers to feel the thrill and extreme dynamism of the VUHL 05RR in a realistic yet virtual world.

Supercar aficionados and motorsport fans of all ages from across the globe can now get behind the wheel of the VUHL 05RR, thanks to Forza Motorsport 7.

The ultra-lightweight Mexican supercar is exclusively available on Forza Motorsport 7 for Xbox One. Fans can gain exclusive access to the supercar in advance of its real-world production later this year. Available within the Top Gear Car Pack update to all owners of the console game, the VUHL 05RR allows gamers to feel the thrill and extreme dynamism of the performance supercar in a realistic yet virtual world.

Thanks to Forza Motorsports stunning graphics and in-depth detail, fans can explore all elements of the carbon-bodied supercar on circuits from across the globe, in all weather conditions and environments for the first time.

Attention in the game has been paid to all elements of the vehicle’s unique DNA, from the interior to the chassis response, handling and engine characteristics.

Based on the VUHL 05RR, Forza has perfectly replicated the supercar’s impeccable real-world acceleration, which sees the vehicle going from 0 to 100km/h in about 2.7 seconds, powered by its award-winning 2.3-litre Ford EcoBoost engine paired with a 6-speed sequential gearbox. The VUHL’s chassis encompasses an ultra-lightweight body with a carbon fibre and aluminium combination structure, which creates an ultra-versatile car with over 600hp per tonne.

VUHL (the name is pronounced “vool” and stands for Vehicles of Ultra High-performance and Lightweight) is the brainchild of brothers Iker and Guillermo Echeverria, whose Mexican-American design company penned the breathtaking 05 and the 05RR track-day supercars. Their profound passion for all things automotive comes from a hands-on role in the GT and formula racing cars successfully built and campaigned over a 30-year period by their father, Guillermo Echeverria senior.

The VUHL 05 is a road-legal lightweight supercar. The 05’s handling has been fine-tuned in the UK, while further testing and development took place with assistance from Michelin, both in the US and Europe. Production started in mid-2014, with first deliveries done in 2015. Currently, 40% of the 05 is sourced from UK, the carbon bodies and chassis production are done in-house , while the final assembly is conducted by the advanced manufacturing concern, Adman Leku in Mexico City.

The 05 has been selected to race at the world famous Race Of Champions for a five-year period from 2017 till 2021. The car was the fastest at the event in Riyadh earlier this year, with David Coulthard winning the Champion of Champions finale race in the VUHL 05.