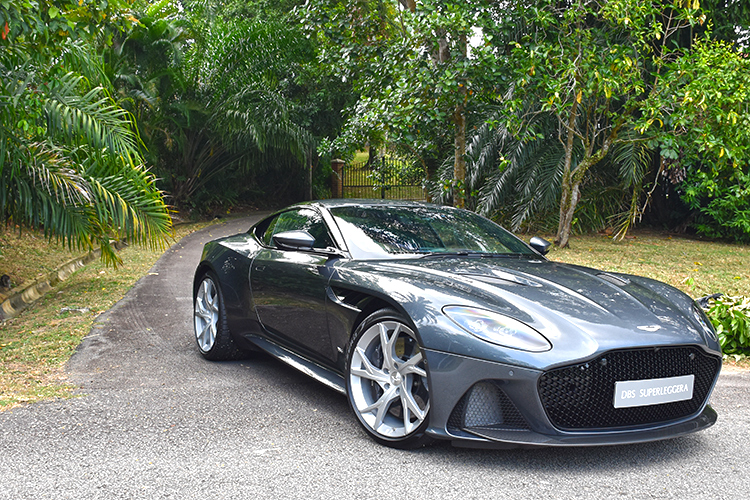 There’s just something about an Aston Martin that tugs at the brain’s pleasure centres.

It’s no wonder that an Aston Martin has always been called a “brute in a suit”. Imagine a bodybuilder stuffed into a Brioni and you get the idea.

With the DBS Superleggera, the British company has taken brutish elegance to a whole new level.

It’s not quite as elegant as older Aston, but there’s a rugged beauty to it, kind of like Daniel Craig’s James Bond character.

To create the muscular look, Aston has rummaged in a steroid cupboard somewhere and pumped an unsuspecting donor DB11 full of the stuff, resulting in car with far more scoops, bulges and vents than before.

For a quick history lesson, the DBS name first appeared on an Aston Martin in 1967, then again in 2007.

While the modern DBS doesn’t get that honour, a special edition commemorating On Her Majesty’s Secret Service was launched in May this year, painted in the same olive green of the original. 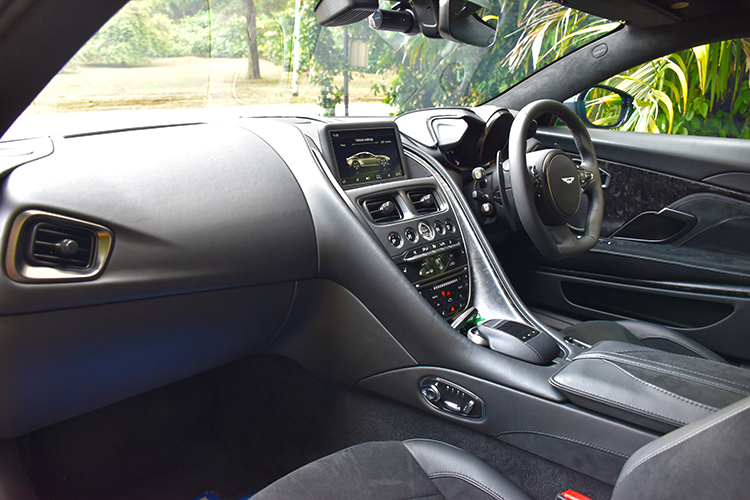 Meanwhile, “Superleggera” is Italian for “super light” and refers to a special coachbuilding technique. Here, it references the DBS’s carbon-fibre body panels.

The result is a car that weighs 1693kg, which true to its name is far lighter than competitors like the BMW M8 Coupe, Bentley Continental GT and Ferrari 812 Superfast.

A lightweight bonded aluminium structure is supported by double wishbones at the front and a multi-link system at the back.

Underneath, the Aston Martin DBS Superleggera features a double diffuser and the innovative Aeroblade system to generate 180kg of downforce at top speed, which the carmaker claims is the highest for a series production model.

Adaptive dampers which can adjust themselves based on the current driving conditions and driver inputs are standard fitment, as are convenience features like a 360-degree parking camera and Park Assist.

It doesn’t have an engine underneath the bonnet: the DBS Superleggera has a nuclear bomb.

The bi-turbo 5.2-litre V12 is produced in-house by Aston Martin, unlike its Mercedes-AMG sourced V8.

The century sprint is complete in 3.4 seconds – the same time it took you to read that – and if you have a runway to yourself, the DBS Superleggera will hit 340km/h. 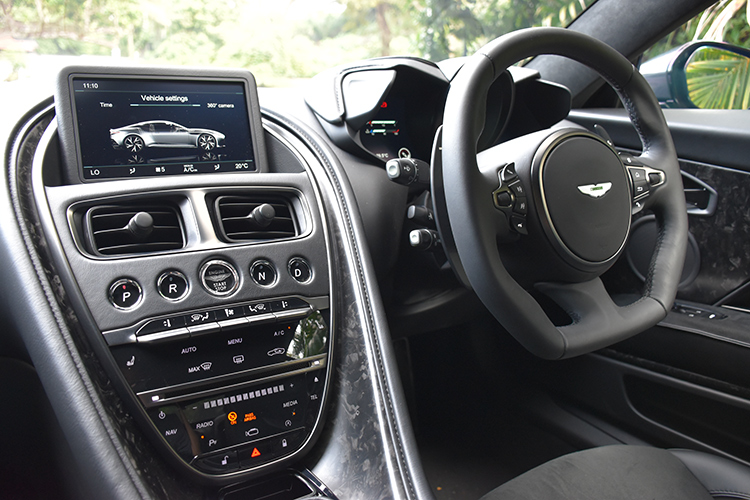 In my short but memorable drive in the Aston Martin DBS Superleggera, the car is nothing but an immensely capable grand tourer.

It’s spacious up front. With my 1.78m frame, I had absolutely no problem getting comfortable in the leather sports seats.

There are two rear seats but honestly, the meagre legroom means it’s for friends whom you don’t really like.

At speed, the adaptive dampers make short work of any small bumps, but highway suspension joints will definitely jolt you even in the softest GT mode.

When they’re dialled up to their stiffest setting, the suspension quite literally makes mountains out of molehills. You’ll definitely know if you ran over a twig.

But even then, it’s composed and supple and comfortable in the cabin, undoubtedly partly helped by the double-glazed windows.

Steering is light enough that you won’t suddenly develop arm muscles over a drive, but it’s progressive and weighty when it needs to, inspiring confidence in the bends.

The Aston Martin DBS Superleggera is a big, powerful, elegant brute and if you drive this anywhere but Singapore, you’ll be glad for its many refinements and polished handling.

It’s hard to fault this car – it’s really quite special – which gives hope for the upcoming Aston Martin SUV that’s waiting in the wings. 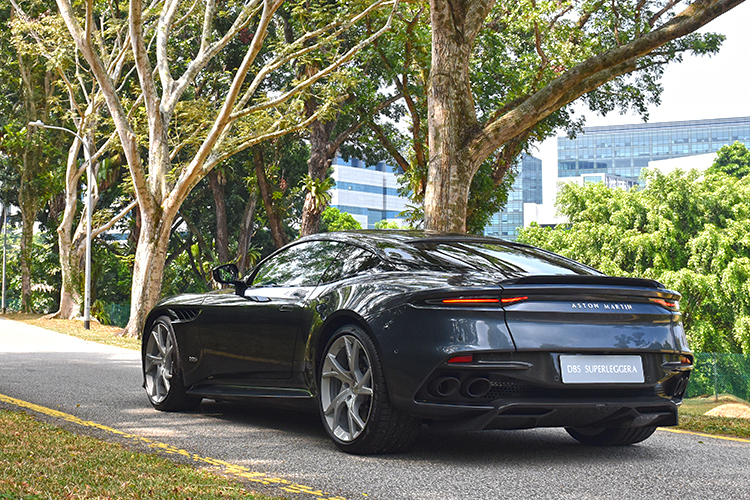