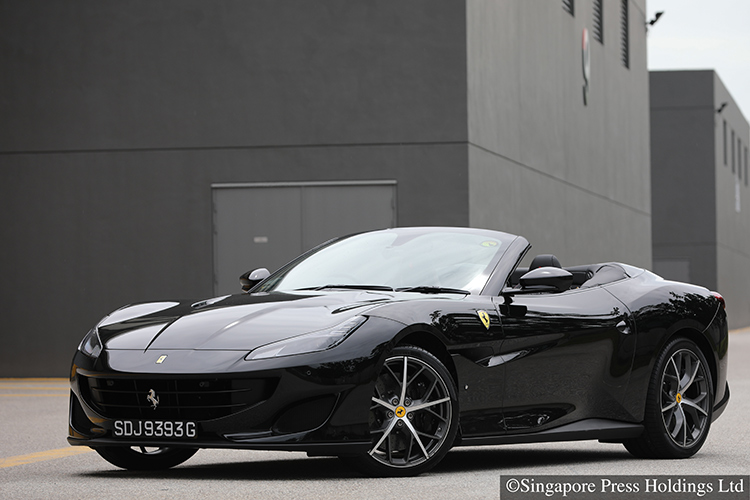 The Portofino may be an entry-level Ferrari, but it is by no means a poor substitute for the marque’s established and costlier mid-engined racers.

In fact, it happens to be a very complete day-to-day sports car – far better than the California which it replaces and more usable than rivals in the same price range.

Think of a coupe and convertible 2+2 seater rolled into one.

And a ride which is cushy enough for daily jaunts – even if you commute from Changi to Tuas every day – and with enough luggage space for overnight bags if you wish to go further.

Its improvement over the California lies with its dimensions.

The Ferrari Portofino is longer, wider and sits lower than its California predecessor, but shares the same wheelbase of 2670mm.

It is about 40kg heavier, but the additional heft is well compensated by a considerably more powerful engine. It is also this engine which makes the car more enjoyable.

Although essentially of the same block, it packs 600hp, or about 50hp more than the last rendition of the California T‘s V8.

This makes it substantially more driveable. 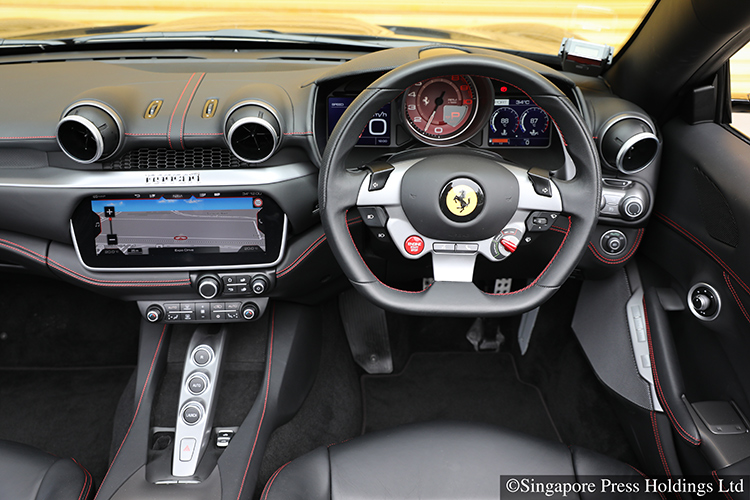 Throttle response has also been tweaked, with a lot more immediacy and nuance to foot pressure and sense of urgency.

The way it sounds is also very different.

You get a loud, stirring V8 soundtrack, with more grunt and metallic overtone than any previous Ferrari.

The Portofino’s accompanying exhaust bark is so immediate and immersing that you feel you are in a mid-engined car.

In short, the Ferrari Portofino is quite different from the way previous turbocharged Ferraris are tuned, with the car’s thunderous vocals attainable from just above 2000rpm.

Clearly, this makes for a far more heady drive.

At the same time, the Ferrari Portofino is exceptionally laid-back when you are light-footed.

Most tasks on the tarmac can be accomplished between 1000rpm and 1500rpm. In this range, the V8 purrs ever so softly and the car glides almost as silently as a hybrid in e-mode.

Its immense torque allows it to accomplish this in seventh gear, at speeds of as low as 40km/h.

Even without downshifting manually with the steering-mounted paddles, you are able to pick up from this speed. 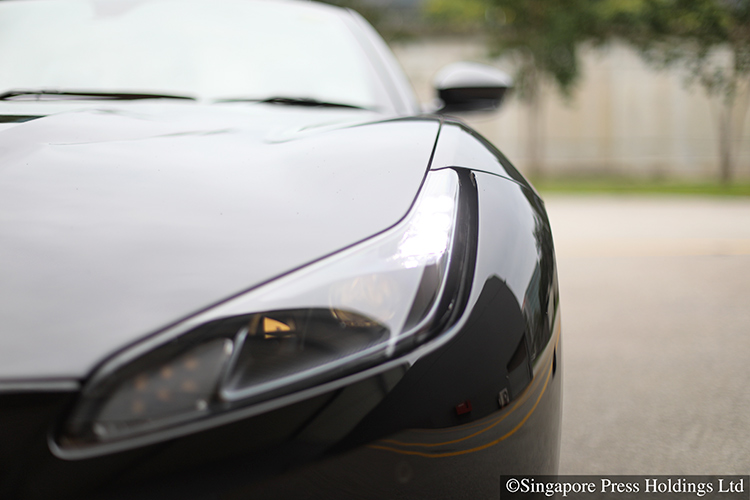 The car obliges with the finesse of a muscular grand tourer, dropping its gear by a notch or two unobtrusively.

Of course, toggling the paddles is more exciting. Especially when you want an aural overload while zooming through a tunnel – with the roof down.

The other big difference is the car’s suspension. It is suitably firm, but with damping which is calibrated to minimise the head-moving thumpiness associated with most sports cars.

This makes using the Ferrari Portofino as a daily ride far more compelling. At the same time, its compactness makes it quite agile.

While not as razor-sharp as a mid-engined two-seater, it acquits itself very well as a 2+2.

The Ferrari Portofino offers easy access to its rear quarters, with front seats returning to pre-set positions without a fuss.

Memory settings require just one touch to activate, too.

Lastly, its convertible roof is clever enough not to deploy if it detects something in the way (like a low ceiling or tree branch).

All in all, the Ferrari Portofino feels a lot less like a beginner’s Ferrari than the California and closer to the serious track machines the Prancing Horse is known for.

In fact, you might even say the Portofino stands out for it unusual all-roundedness. 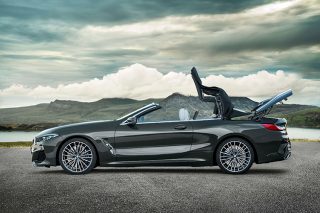 Hard top vs soft top convertibles: The pros and cons

Hard top vs soft top convertibles: The pros and cons