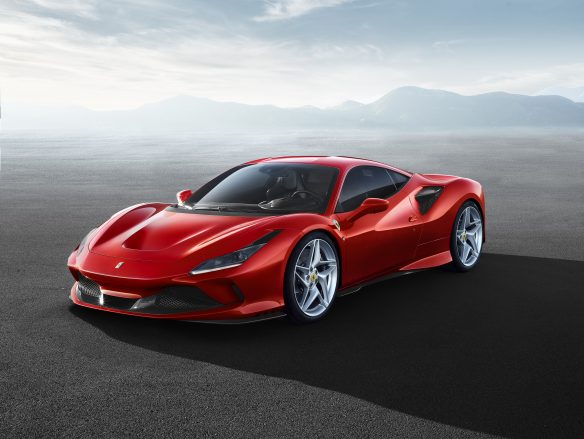 What is the F8 Tributo?

It’s a new mid-rear-engined sports car replacing the 488 GTB, which has been with us nearly four years now. The name is an homage to the car’s “uncompromising layout” and to the engine that lives underneath its bonnet – a 90-degree, 4-litre V8 chucking out a massive 710hp (720cv in Euro-speak) and 770Nm of torque at just 3250rpm, the same as the one in the 488 Pista. 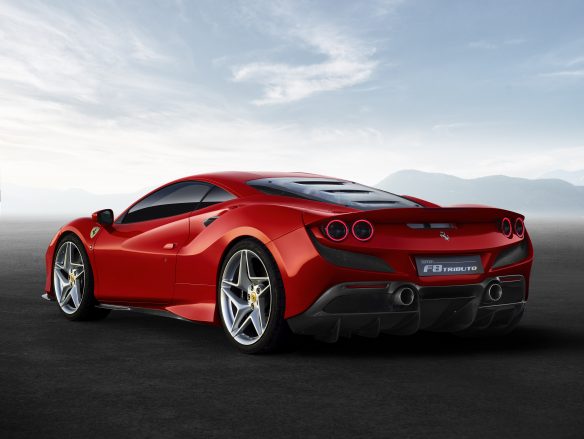 It’s the most powerful V8 in the company’s history shoved into a non-special series car.

For comparison, the current Porsche 911 GT2 RS has 690hp while the Lamborghini Huracan Evo makes do with ‘only’ 640hp.

Both the Aston Martin DBS Superleggera and the McLaren 720S match or beat the F8 Tributo’s power output, having 715hp and 710hp respectively.

What’s different in the F8 Tributo?

The F8 Tributo improves on the 488 GTB in several areas, providing even better control on the limit along with greater on-board comfort.

Designed by Ferrari Styling Centre, the F8 Tributo incorporates aerodynamic lessons learnt from the 488 Pista to help manage engine heat from the rearward-angled front radiators and the dynamic engine air intakes positioned either side of the spoiler instead of on the rear flanks. 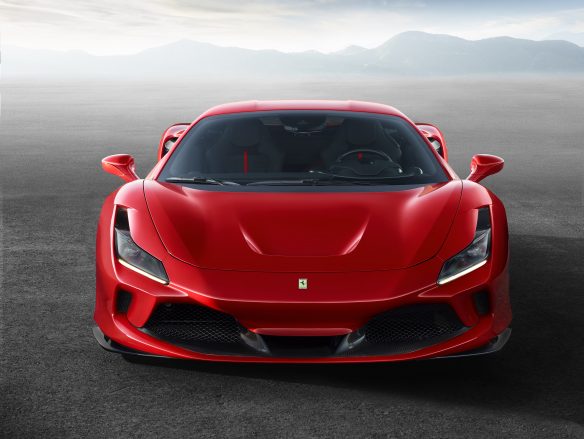 The front of the F8 Tributo contains the new S-Duct – first seen on the 488 Pista – redesigned to suit the extensive modifications made to this area of the car.

The new, more compact, horizontal LED headlights allowed Ferrari’s aerodynamicists to incorporate new brake cooling intakes in
combination with those on the outside of the bumper, improving air flow throughout the entire wheel arch.

The F8 Tributo trounces the old 488 GTB by 50hp, is lighter and improves by 10 percent in aerodynamic efficiency along with the latest version of the Side Slip Angle Control.

Ferrari says that despite the F8 Tributo putting out such high power figures, it will have “very usable” performance. 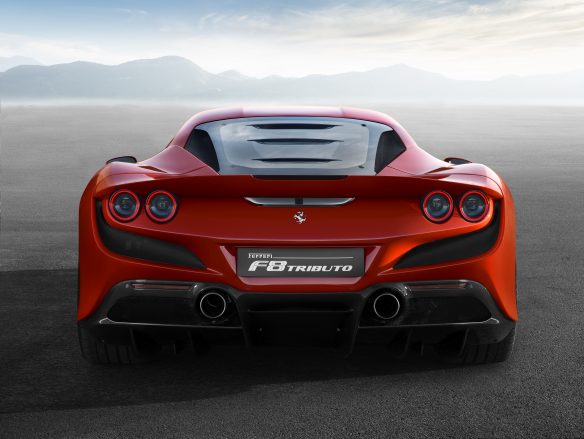 Smaller but no less important improvements include a smaller steering wheel and a new version of the Ferrari Dynamic Enhancer (FDE+) which can be activated in the manettino’s Race position for the first time, a move Ferrari says is designed to make performance on the limit “easier to reach and control for even more drivers”.

An F40-like Lexan rear screen helps reduce weight too, and Ferrari says the overall weight loss programme has cut the car’s dry weight by 40kg compared to the 488 GTB, which improves both responsiveness and driving pleasure without denting interior comfort.

Ferrari says every element of the dash, door panels and tunnel has been completely redesigned. 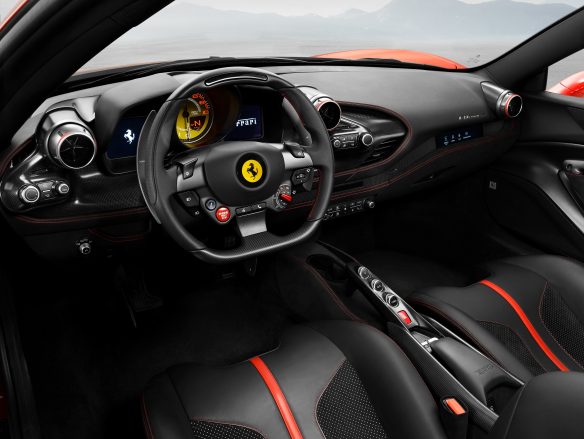 The new generation HMI (Human Machine Interface), complete with round air vents, new steering wheel and controls as well as a new 7″ passenger touchscreen display all feature inside the new F8 Tributo.

Ferrari will unveil its latest model on March 5 at the Geneva Motor Show.